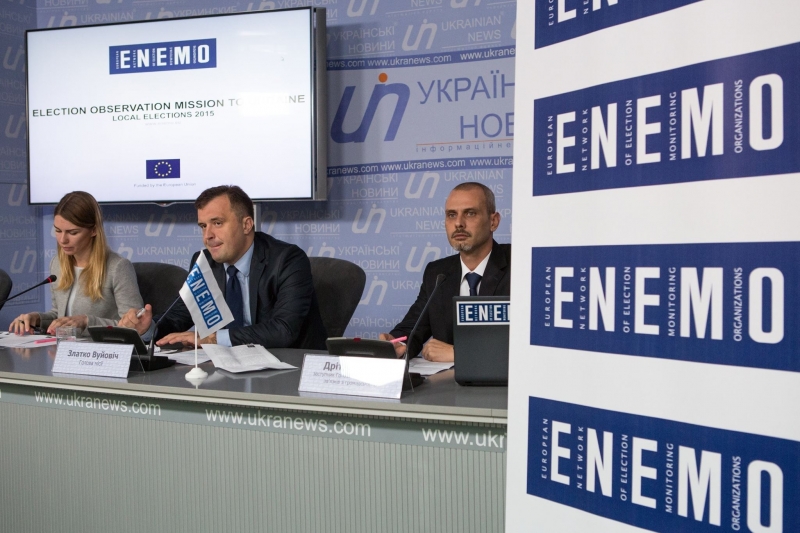 In April 2016, the ENEMO International Election Observation Mission (IEOM) to Ukraine released its Final Report on Local Elections in Ukrainian. The report provides information and raises awareness among the domestic and international community regarding the quality of the 2015 local elections in Ukraine. The mission comprising of observers from the ENEMO network has monitored the entire election period from early October 2015 until the mid of December 2015.

The Final Report contains analysis of various aspects of the electoral process in Ukraine: complicated electoral system, composition and the work of the election administration, campaigning and access to media, voting, and election disputes. ENEMO also has some important recommendations on how to improve the election environment in Ukraine.

Along with the final report, the ENEMO mission that was composed of 8 Core Team members, 50 Long Term Observers, 93 teams of mobile observers on the E-day of the first round, 67 mobile teams on the E-day of the second round, and 3 teams of mobile observers in Mariupol and Krasnoarmiysk has released one Interim Report and Statement of Preliminary Findings and Conclusions of Round I and Round II.

Having observed the elections in Ukraine since 2006, it was tenth ENEMO Mission to Ukraine, gathering experienced observers from ENEMO region. With publication the final report, ENEMO would like to acknowledge the work of every person involved in conducting the IEOM.