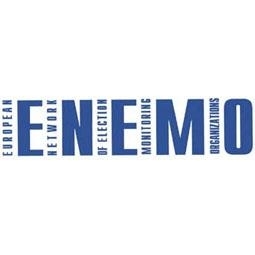 Pristina, 23 September, 2021 - The European Network of Election Monitoring Organizations (ENEMO) has deployed five international election experts to observe the 17 October local elections, following official accreditation by the Central Election Commission of Kosovo. The Core Team is based in Pristina and will observe the first round of elections and possible second rounds in municipalities where these will take place. On the Election Day, ENEMO’s IEOM plans to monitor voting and counting procedures at a limited number of polling stations.

By observing the 2021 local elections in Kosovo, ENEMO’s IEOM aims to increase the integrity and transparency of the election process and to contribute to better public trust towards the electoral results.

The mission will monitor the political and campaign environment, activities of election management bodies, campaign funding, registration of election contestants and voters, media coverage of elections, election dispute resolution and all other crucial aspects of the elections. ENEMO’s IEOM will assess the compatibility of the whole electoral process with international standards and relevant domestic legislation.

In the course of its observation, in order to receive comprehensive and accurate information, ENEMO’s mission will conduct meetings with all relevant local and international stakeholders. These include political parties and candidates, civil society organizations, election management bodies, representatives of state authorities, foreign embassies, international organizations, media, etc.

Based on the carried out observation and conducted meetings, the mission will issue a Statement of Preliminary Findings and Conclusions the next day after each round of elections. A Final Report, complete with a full assessment and potential recommendations, will be issued approximately two months after the elections.

This is ENEMO’s fourth International Election Observation Mission in Kosovo, and the 37th observation mission for ENEMO in total since the creation of the network in 2001.

ENEMO’s International Election Observation Mission to the 17 October 2021 local elections in Kosovo is financially supported by the National Endowment for Democracy (NED).

ENEMO is an international nongovernmental organization representing a network of 21 national nongovernmental civic organizations from 17 countries of Central and Eastern Europe and Central Asia, including two European Union countries. ENEMO has endorsed the 2005 Declaration of Principles for International Election Observation and the Declaration of Global Principles for Nonpartisan Election Observation and Monitoring by Citizen Organizations. More information can be found on our official website: www.enemo.eu

Press release in Albanian can be downloaded here: ENEMOPressreleaseMissionAnnouncement_ALBModified.docx