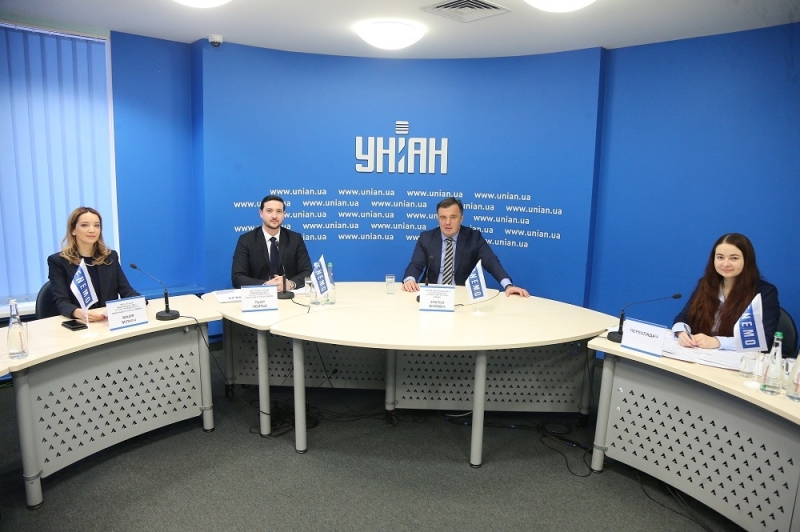 Kyiv, November 24, 2020 – “The European Network of Election Monitoring Organizations (ENEMO) preliminarily assesses that the voting process on 15 and 22 November was mostly well administered despite COVID-19 and numerous challenges faced by the election administration which affected the efficiency of the preparations. Different dates for scheduling second rounds due to delays in announcing first round results hindered the visibility of these elections, while cases of abuse of incumbency and negative campaigning among candidates continued to mar the campaign”, said Mr. Zlatko Vujovic, Head of the ENEMO Mission to Ukraine at the press conference held at New Agency UNIAN.

Following the first round of local elections held on 25 October, second rounds were organized for the mayoral run-offs, in cities over 75,000 voters where no candidate obtained an absolute majority of votes in the first round. In those municipalities, a majoritarian two-round voting system was used in the run-offs to elect mayors.

“The second rounds were held in the context of a worsening COVID-19 pandemic throughout the country. As of 14 November 2020, a nationwide lockdown was imposed by the government during weekends, in an effort to control the pandemic”, explained Mr. Vujovic.

ENEMO assesses that the CEC worked diligently, professionally and generally transparently in between the two rounds. However, the CEC faced considerable difficulties related to the provision of protective personal equipment (PPE) and ensuring application of COVID-19 prevention measures on Election Day.

“Several TECs failed to announce the results of the first round by the legal deadline, due to factors including a high number of recount requests and the complexity of the new electoral system for tabulating local council results. ENEMO assesses that holding the run-off elections on different dates in various areas is highly problematic, as it may have led to confusion among voters and electoral contestants, decreased turnout, undermined consistency of the process and affected legal certainty” added Mr. Vujovic.

ENEMO observed that, as for the first round of elections, numerous replacements of TEC members affected the overall efficiency of the process and also contributed to delaying the conduct of the second rounds. Despite previously formulated recommendations, the issue of frequent replacement of election commission members, including in-between the two rounds and on Election Day, has still not been addressed in the legislation or by the CEC in these elections.

Mr. Vujovic, stated: “The second round polls held on 15 and 22 November were assessed as calm and with only minor procedural irregularities. PECs did not seem to struggle with counting procedures overall, and managed to deliver election materials to the TECs without any delays. However, as reported by ENEMO observers, necessary logistical arrangements in many cases were not adequate, which negatively impacted the work of the PECs, and many PECs faced difficulties in accessing the internet, especially in rural areas. The provision of adequate PPE to polling stations varied considerably and COVID-19 prevention measures were unevenly respected on Election Day.”.

Due to the late announcement of first round results by some TECs, the duration of the campaign for the second round was shortened in several instances, which left very little time for candidates to promote their platforms. Overall, the campaign for the second rounds remained extremely low-key, mainly due to the worsening of the COVID-19 pandemic throughout the country, which    limited public events and gatherings. As a consequence, candidates campaigned mostly on social media (Facebook, Instagram, YouTube). ENEMO additionally notes that the campaign silence period was violated in several cities, with candidates either continuing to campaign openly or campaigning through social media.

Mr. Pierre Peytier, Deputy Head of Mission said: “ENEMO observed that the tone of the campaign during the second round deteriorated considerably compared to the first round. Observers reported on cases of campaign materials spreading false information about candidates. “Black PR” was widespread on social media, with numerous personal attacks among candidates and several cases of the spreading of disinformation on candidates reported”.

Furthermore, he added: “The negative practice of misuse of incumbency and administrative resources, widespread during the first round, was also noted before the run-offs, undermining the principle of equal opportunities. Incumbents used the municipal website or social media pages to promote their candidacy, and based their campaign on the achievements of the local administration. A number of allegations of pressure on civil servants, either to openly support or to vote for incumbents, were reported.”.

ENEMO notes that political parties did not fully comply with financial reporting obligations, while several TECs were unwilling to scrutinize the reports. This considerably reduced political finance transparency and accountability of contestants.

“Media reporting on the elections, both at the national and regional level, in between the two rounds was limited. ENEMO assesses that voters were not provided sufficient information on the importance of these elections in the context of the crucial decentralization process. Technical information on how to vote, and whether all of the health preconditions were met in order to protect citizens on Election Day amid the COVID-19 pandemic, were insufficiently communicated to voters by the media. These factors may have further contributed to a lower turnout and limited voters’ ability to make a truly informed choice when casting their ballot”, explained Mr. Peytier.

Ms. Maja Milikic, Press Officer stated: “This statement is preliminary in nature, pending the final count and tabulation of results, and is based on ENEMO’s findings throughout the regions of Ukraine observed from 27 October to 23 November. Following this preliminary statement of findings and conclusions, the mission will continue following mayoral run-offs and repeated elections scheduled for 29 November and 6 December, in addition to potential complaints and appeals after Election Day. This statement should be considered in conjunction with ENEMO’s statement of preliminary findings and conclusions for the first round. A final report including a complete assessment of the process and recommendations will be issued within sixty days from the certification of results”.

Statement of Preliminary Findings and Conclusions in English: ENEMOStatementSecondroundUkraineLocalElections2020.pdf

Statement of Preliminary Findings and Conclusions in Ukrainian: UKR_ENEMO-2nd-Statement-Ukraine-Local-Elections-2020.pdf