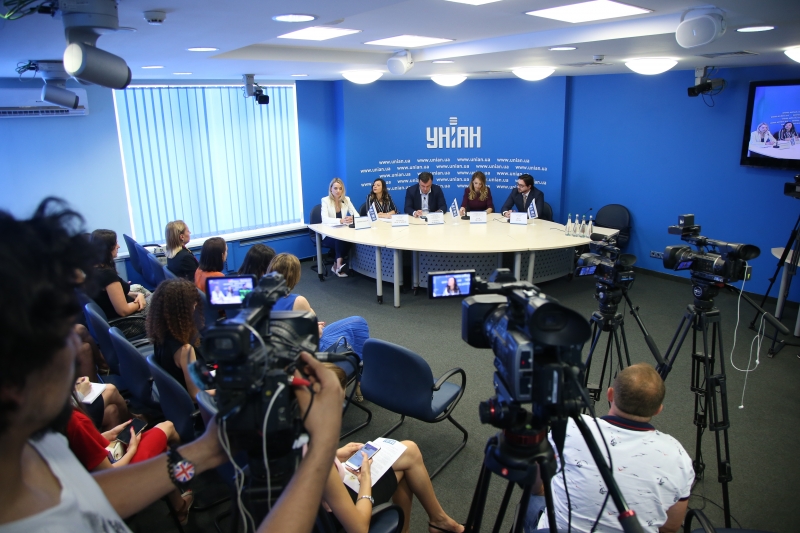 Kyiv, June 25, 2019 - The European Network of Election Monitoring Organizations (ENEMO) has accredited 40 Long Term Observers (LTOs) and plans to deploy 76 Short Term Observers for the upcoming early parliamentary elections, which will be held on July 21st, 2019 in Ukraine. This was stated during the press conference held at News Agency UNIAN.

The mission consists of twelve Core Team members and twenty teams composed of two long-term observers, which will be deployed in various “oblasts” (regions) in Ukraine starting from June 24.

Mr. Zlatko Vujovic, Head of the Mission stated: “ENEMO operates in full compliance with the international standards for election observation. All ENEMO observers have signed the Code of Conduct for International Election Observers. Objectivity, impartiality and trustworthiness of the information collected by our observers are the top priorities of the mission”.

Through monitoring and reporting on the crucial aspects of the elections, ENEMO mission aims to ensure the respect of free will of voters. Mr. Vujovic, added: “All ENEMO reports and conclusions to be presented to the public will be based on the evidence and observers’ findings from the field, where they focus on the work of election administration bodies, registration of candidates, campaign, election-related complaints and appeals and other election-related activities”.

Maja Milikic, Press Officer stated: “This is the twelfth observation mission of ENEMO in Ukraine. On election day, ENEMO plans to deploy 76 short-term observers to observe opening, voting and counting procedures as well as the transfer of protocols”.

This mission is the continuation of the previous ENEMO IEOM for presidential election.

ENEMO’s international election observation mission for Ukrainian Parliamentary Elections 2019 is financially supported by the United States Agency for International Development through the National Democratic Institute, the Federal Foreign Office of the Federal Republic of Germany and Kingdom of the Netherlands.