ENEMO representatives met with the leader of Liberal party 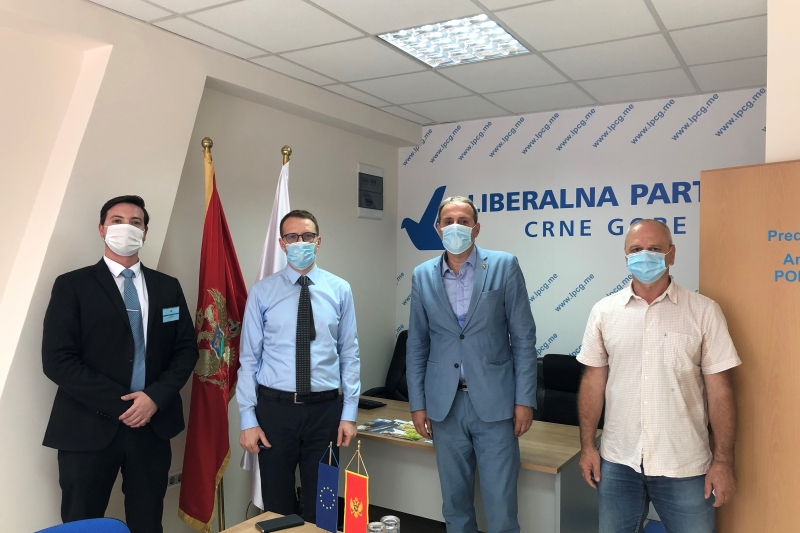 Representatives of the European Network of Election Monitoring Organizations (ENEMO), Dr Gianluca Passarelli, Head of the Mission and Pierre Peytier, Election Campaign Analyst, held the meeting with the member of the Parliament, Mr Andrija Popovic, Head of the Liberal Party of Montenegro.

They discussed about the relationship between the Government and the Opposition, political crisis and its impact on the election campaign as well as the way of conducting the campaign and holding elections during the coronavirus epidemic.

The meeting was an opportunity to present ENEMO's mission and discuss the Liberal Party's view on the challenges ahead of the 30 August Parliamentary Elections.