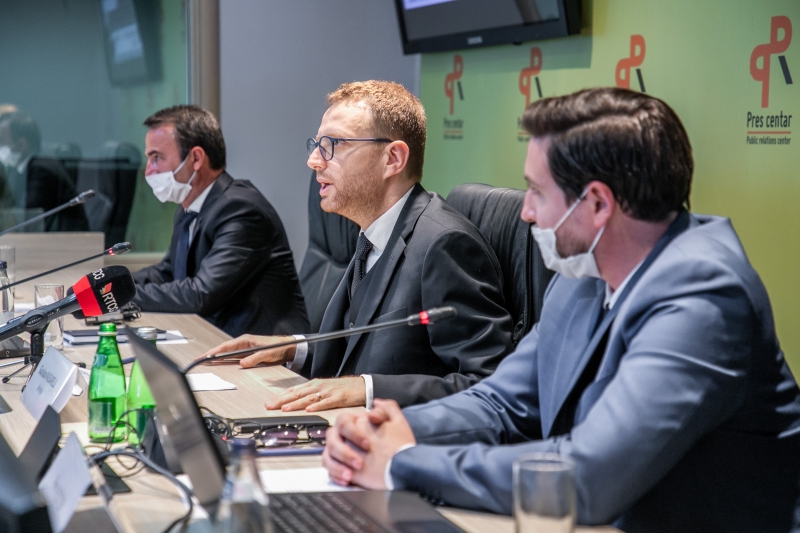 The European Network of Election Monitoring Organizations (ENEMO) has accredited six international election experts and plans to additionally engage eight long-term observers (LTOs) and twenty short-term observers (STOs) for the upcoming Parliamentary Elections in Montenegro. It was reported at the press conference organized by ENEMO which presented its plans for the international observation of the upcoming Parliamentary Elections in Montenegro scheduled for August 30th.

Head of the mission, Gianluca PASSARELLI, has announced that the Core Team will be based in Podgorica while other LTOs will be divided into four teams and will observe the election process throughout all the municipalities of the country.

ENEMO is not here for tourist reasons but it will observe, assess and report on key findings related to monitoring the overall electoral system: respect of fundamental human and political rights, such as the right to elect and stand for election but also the conduct of election management bodies, electoral campaigns of parties and individuals, complaints, appeals as well as the very voting process and counting during the Election Day’’, Passarelli explained.

He has said that ENEMO will assess the electoral process according to the international standards for democratic elections and Montenegrin legislation.

‘’We already started to meet with key stakeholders in this process including the State Election Commission of Montenegro and the Ministry of Foreign Affairs of Montenegro but also with international stakeholders such as Embassies representing European countries and the EU Delegation in Montenegro’’, Passarelli said.

Election expert-Election Campaign Analyst, Pierre PEYTIER, has said that ENEMO is well aware of the difficulties of organizing elections in the context of the Covid-19 pandemic.

He has explained that ENEMO plans to publish an interim report before the elections and preliminary findings and conclusions following Election Day targeted towards the national and international public.

‘’It is important to stress that all ENEMO reports and conclusions will be based on evidence and will reflect the Core Teams’s and observers’ findings from the field. The final report after the very elections will give concrete recommendations for potential improvements in the area of election process in Montenegro’’, Peytier said.

LTO Coordinator, Gazmend Agaj, has reminded that this is the 31st Election Observation Mission of ENEMO and the first ENEMO mission to Montenegro. ‘’ENEMO launched its activities on the 6th July with the arrival of the first Core Team members in Podgorica and the mission will last in Montenegro up to one month after the elections’’, Agaj said.

He has explained that the task and scope of the mission are limited to the monitoring of the Parliamentary Elections in Montenegro but it will not observe the Local Elections to be held on the same day.

‘’However, ENEMO may consider reports on different election aspects on the local level in cases where they are related to the process for the Parliamentary Elections’’, Agaj said.

He has pointed out that the ENEMO mission is completely in compliance with the international standards for election observation and that the observers will be deployed with the aim to contribute to a more transparent election process in Montenegro.