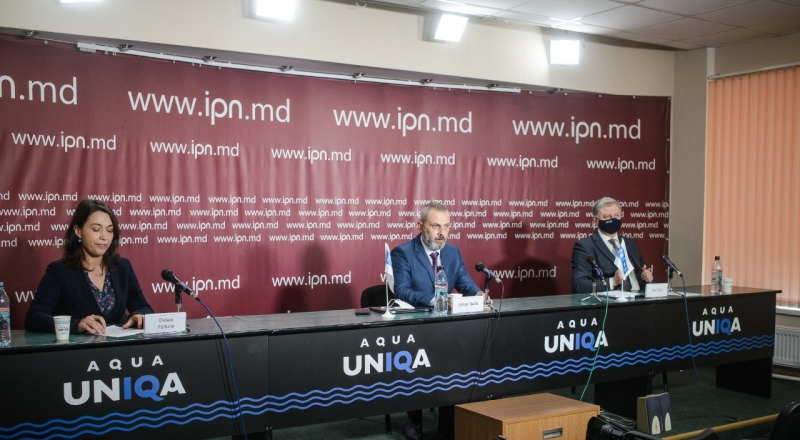 Chisinau, 3 November 2020 - The election is competitive and conducted mostly in line with the electoral legal framework of Moldova, in a relatively professional and efficient manner. Contestants could campaign freely, despite restrictions imposed to protect public health and voters were presented with a wide range of choice. The Election day environment during the first round of election was generally calm; however, allegations of voter influence, primarily in polling stations established for voters residing in Transnistria are a concern. Few observed irregularities in procedures during election day did not seem to affect the legitimacy of the process, overall - this was stated in the Preliminary Statement, released by ENEMO International Election Observation Mission (IEOM) to Moldova.

The election related legal framework ensures conditions for holding democratic elections, despite the lack of clarity and effective regulation on specific matters. Some of the previous recommendations of ENEMO and other international and domestic observers have not been addressed and still pose a challenge in implementing elections.

“Election Day was overall calm, with the exception of isolated attempts to prevent voters residing in Transnistria from exercising their right to vote. The management of the polling and conduct of PECs and DECs was assessed positively in the majority of the cases observed, with some procedural violations that are assessed not to have affected negatively the integrity of the overall process, but were rather made due to negligence. Allegations of voter influence and organized transportation of voters persisted, especially with regards to voters residing on the left bank of the river Nistru”, said Dritan TAULLA, Head of the ENEMO Mission, at the Press Conference.

ENEMO assesses that the Central Election Commission (CEC) operated in accordance with its mandate, and managed the first round of election in a timely and efficient manner. The CEC sessions were open to media and observers, as well to the public through online streaming. On Election Day, the CEC has provided real-time information on the voter turnout and preliminary election results online, which contributed to an increased transparency of the process. The CEC also conducted voter information and education campaigns.

While face-masks and sanitizers were made available by election administration, protective measures against the spread of the COVID-19 were not always followed. Observers reported different responses from the PEB chairpersons on how they dealt with voters with COVID symptoms. Throughout the day, ENEMO observers noted queues outside many PSs, whereas social distancing was often not respected both outside and inside of polling stations.

Although the signature collection process and verification can be assessed as burdensome, the candidate registration process was ultimately inclusive.  „Eight candidates, including two women were on the ballot in the first round. Since no candidate managed to acquire more than half of votes to win the election in the first round, the two candidates with the highest number of votes will contest the second round, in two weeks. According to preliminary results of the CEC, the runoff election will occur between the former prime minister and leader of PAS, Maia Sandu, and the incumbent president Igor Dodon, the same as in the previous 2016 Presidential election”, stated Mr. Oleg Reut, Election Analyst of the IEOM.

Overall, contestants were able to communicate their messages freely to the electorate, and basic freedoms of speech and assembly were upheld. With a variety of candidates reflecting a broad spectrum of political choices, the campaign was competitive. The COVID-19 pandemic and public health concerns significantly altered the style and methods of campaigning causing the campaigns to be redirected more to the media.

“ENEMO raises concerns about the lack of an effective institutional oversight over electoral campaign financing, as well as the absence of mechanisms for ensuring adequate financial transparency of contestants revenues and expenditures, especially when it comes to the opening of the “Electoral Fund '' bank accounts”, continued Mr. Reut.

The media landscape is diverse, but pluralism is challenged by lack of financial means for local media and independent alternatives. Television is the main source of political information. The monitoring of broadcasters during the electoral campaign by the Audiovisual Council was too slow and inadequate to be effective, and it resulted in the monitoring reduced to a mere formality, as shown in the Statement.

ENEMO’s international observation mission for the November 1 Presidential Elections in Moldova is financially supported by the Delegation of the European Union, Government Offices of Sweden, the Kingdom of the Netherlands, and the National Democratic Institute. The content of the document is the sole responsibility of ENEMO and does not necessarily represent the position of the donors.