Statement of Preliminary Findings and Conclusions of ENEMO EOM to Moldova 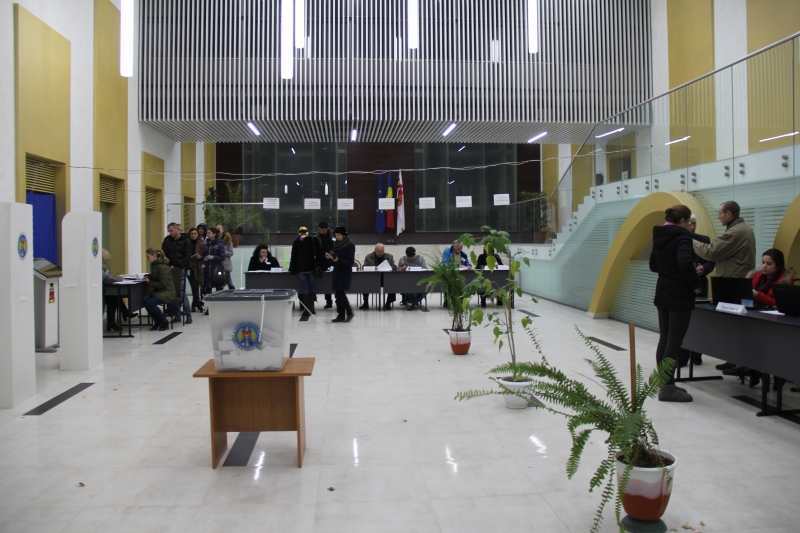 ENEMO Election Observation Mission for the Presidential Elections 2016 in the Republic of Moldova published the Statement of Preliminary Findings and Conclusions for the second round of elections, held in 13 November 2016

Chisinau, 15 November 2016 - On 13 November, the citizens of Moldova voted in the run-off elections to elect the President of the Republic for the first time since 1996. In line with the trend observed in the first round, also during the campaigning for the run-off elections was noticed negative campaigning and attempts to undermine the image of both electoral contestants.

The Election Observation Mission of ENEMO, established on 10 October 2016, remained in the country after the first round of the Presidential Elections to follow the run-off elections. Four teams of short observers were deployed and have observed the opening, voting, closing, counting and tabulation of results in 56 PEBs, as well as activity of three DECs. Moreover, five observers monitored Election Day in seven polling stations established to enable the voting of Moldovan citizens residing abroad. ENEMO observers have also monitored the activity of the CEC throughout Election Day.

ENEMO noted that “The legal framework has a sound legal basis for holding democratic elections, however, the provisions in the Electoral Code vaguely regulate procedures for the second round, and leave important aspects unaddressed and others open to subjective interpretations and inconsistencies in the application of the law.”

Shortcomings were noted in the election dispute resolution process both in the CEC, which postponed adjudication of the complaints after the 2nd round in contradiction to the Electoral Code, and the law enforcement bodies to identify, investigate and prosecute the instances of election related violations and crimes.

“The Central Election Commission increased the number of ballot papers for the second round, however due to high numbers of voters showing up in the polls abroad, some of the polling stations faced shortage of ballot papers.” said ENEMO.

Students whose permanent residence is different from their place of study, were not able to vote at the place of study in these elections. Despite some initiatives organized between the first and second round, aiming at enabling this possibility, such as street protests, meetings with the CEC, and a legislative initiative, this was not made possible.

Strong media partisanship and biased coverage of the electoral campaign continued between the two rounds of elections. “Failure to impose efficient and appropriate sanctions for violations by the media remains of concern, and it can be said to have limited the possibility of the public to receive impartial information, as well as equity of conditions for the candidates.” noted ENEMO.

ENEMO assessed that “Election Day was generally well organized and conducted in an orderly manner, following the main procedures. However, in some polling stations, the PEBs ran out of ballot papers since the voters’ participation exceeded the maximum number of ballots available. Due to this there were a number of voters that could not exercise their voting right.”

Cases of serious violations of fundamental rights – breach of secrecy to vote, intimidation, violation of the inherent dignity and worth of the human person that hindered full and effective exercise of their right to vote were observed in the PSs in the psychiatric hospital and prison.

The Statement of Preliminary Findings and Conclusions for the second round of elections in English and Romanian.