Interim Report of the ENEMO EOM to Moldova 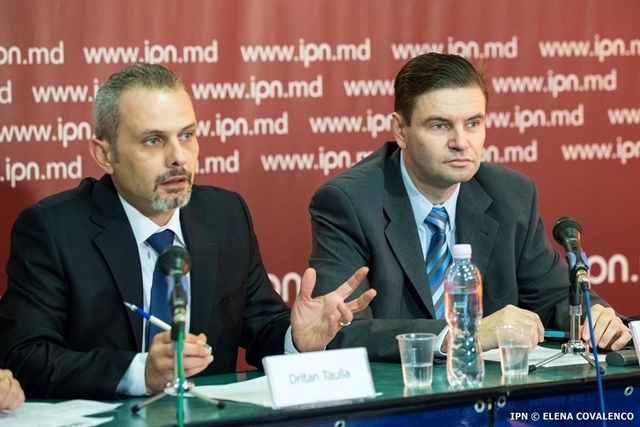 Chisinau, 28 October 2016 - The Election Observation Mission (EOM) of ENEMO for the Presidential Elections of 30 October 2016 in Moldova has issued today its Interim Report, covering the period 11 – 26 October 2016. The Report contains findings and analysis from the Core Team of the mission, based in Chisinau.

ENEMO notes that the legal framework, especially the Election Code, had to be amended just over three months prior to elections, to reflect the Constitutional Court ruling of 4 March 2016 on the unconstitutionality of the election of the President by the Parliament, which, in general runs contrary to good practices for elections. However, the procedures for the election of the President do not differ greatly by the ones already in force for the parliamentary and local elections.

The public sessions and decisions adopted by the Central Election Commission (CEC) have been transparent and accessible to all the observers and citizens, and the CEC has respected legal deadlines for the most important stages of the electoral process. ENEMO commends the measures taken to enable visually impaired voters and, in very few polling stations, voters with hearing impairments, to cast their vote independently and in secrecy.

Of 24 initiative groups registered, only 12 candidates were registered and after two withdrawals and one annulment of the registration, Moldovan citizens will elect their next head of the state among the nine candidates. The process of the signature collection for registration as a candidate was criticized by some interlocutors, especially independent candidates, who complained about uneven conditions in favor of the candidates from the political parties.

2,816,377 voters are included on the voters’ lists, even though the State Register of Voters (SRV) contains 3.2 million of eligible voters. The difference is explained by citizens of Moldova residing in Transnistria, voters without a permanent residence registration, and voters with expired ID cards. However, the CEC has adopted a decision that will allow voters without a permanent registration to cast the ballot, while the ones with expired ID cards can obtain a temporary certificate that would enable them to vote. Inclusion of deceased persons in the voter list remains a problem even for these elections, as pointed out by interlocutors.

Concerns on media restriction and polarization, as well as lack of thorough monitoring and adequate sanctions for media that violate the law also continue to be a concern, even for these elections.

The Election Observation Mission of ENEMO for the Presidential Elections of 30 October 2016 in Moldova is composed of a Core Team of six experts based in Chisinau, which has been deployed in Moldova on 10 October 2016. Additionally, ten teams of short-term observers (STOs) have arrived on Thursday, 27 October, and will be deployed in different areas of the country on Election Day to observe the opening, voting, counting and tabulation of results.

The mission will present its preliminary findings and conclusions on Tuesday, 1 November 2016, through a Press Conference at IPN.

Read the full Report in English and Romanian.