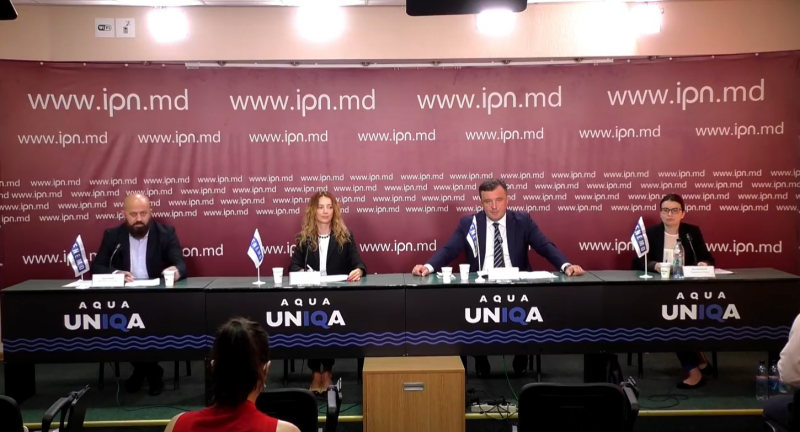 Chisinau, 30 June 2021 - The European Network of Election Monitoring Organizations (ENEMO) considers that the existing electoral legislation provides the main preconditions for conducting competitive early parliamentary elections. However, there are a number of insufficient and unclear regulations requiring to be addressed in order to avoid contradicting interpretations and improve the electoral legislation. The electoral administration mostly managed their activities within the legal deadlines and acted transparently, though some decisions of the CEC raised questions regarding impartiality of some of its members, said Mr. Zlatko Vujovic, Head of the ENEMO Mission to Moldova.

Interim Report covers the period from 1 June including 25 June.

ENEMO notes that the election related regulations remain to be substantially revised to address the ambiguous and insufficient legal norms, and improve the regulations concerning election dispute resolution, misuse of administrative resources, oversight of campaign finance and other issues.

The adoption of regulations on the conduct of elections in the context of COVID-19 was a positive step, though the regulation was adopted with some delays after the campaign started. At the same time, the regulation establishes a different approach towards voters having COVID-19 symptoms that is not justified. Also, some regulations contradict the Electoral Code which has not been addressed by the CEC.

Mr. Elidon Lamani, Election Analyst/CEC Observer stated: “ENEMO expresses its concern on the impact that insufficient funding might have on the proper conduct of the electoral process, and considers that all the necessary measures should be taken to address this matter in time. The Government has allocated from its reserve fund only 56 percent of the expenditures requested by the CEC for the conduct of these elections. Although public promises have been made by the Government to increase funds for the CEC, as well as by the CEC to revise and reduce the estimated expenditures, as of 25 June, no official decisions have been adopted.”

Election management bodies have managed most aspects of the elections in line with the legal requirements and deadlines. The work of the CEC during the observed period can be generally assessed as transparent. However, several of the mission’s interlocutors have voiced concerns that the CEC decision related to the establishment of polling stations for voters abroad, without respecting the criteria provided by the Electoral Code, was politically motivated. The CEC decision became a matter of controversy and protests, and was legally challenged by several electoral contestants.

As he added: “Although the centralized SAISE system reduces the risks of electoral manipulations (in primis multiple voting), the issue of the Registry of Voters which does not provide accurate data on eligible voters actually residing in the country, nor personal information updates of Moldovan diaspora – remains a matter which negatively affects the transparency and integrity of the electoral process.”

Uneven timeframes for campaigning remain an issue in Moldova. This has yet to be addressed, as do excessive limitations on campaigning such as the prohibition of state images and symbols, which encroach on freedom of expression and related international standards.

Ms. Elene Nizharadze, Deputy Head of Mission stated: “In the framework of the campaign, intolerant, hateful or discriminatory messages were often observed in contestant’s speeches. ENEMO raises high concerns over the number of reported campaign violations, including public authorities tending to favor certain candidates, public authorities’ involvement in the campaign observed in several areas, allegations of vote buying and misuse of administrative resources. These issues negatively impact the perceived integrity of the process and could affect the fairness of these elections.”

She also noted that “Existing legal regulations do not guarantee the right to effective remedy and timely adjudication of complaints. In respect of some complaints, established deadlines are long, while legal regulations enable to protract adjudication of complaints. Regulations on the appeal procedures and competent body for considering complaints, as well as the right of standing caused different interpretations and created ambiguity. Unclear and insufficient regulations leave space to the CEC and the courts to reject complaints on inadmissibility or other grounds.”

ENEMO raises concerns regarding attempts at discrediting the work and reputation of one of the most reliable election monitoring organizations.

Ms. Maja Milikic, Media Analyst declared: “The media environment in Moldova is diverse and polarized, with a lack of editorial independence and capacity to provide balanced coverage due to high concentration of ownership over domestic broadcasting television stations, controlled by individuals affiliated with political parties. While broadcast media remain the primary source of political information, and at the same time the most influential, online media, including social media, have shown an increase in use by politicians as a platform to communicate their message to the electorate. The lack of specific regulation on online and social media raises concerns about dissemination of false information to numbers of targeted recipients and therefore influences the formation of political opinion.”

ENEMO’s international observation mission for the 11 July 2021 Early Parliamentary Elections in Moldova is financially supported by the Delegation of the European Union, the Kingdom of the Netherlands and the National Democratic Institute. The content of the document is the sole responsibility of ENEMO and does not necessarily represent the position of the donors.

Interim report in English can be downloaded here: ENEMOInterimreportJune.pdf

Interim report in Romanian can be downloaded here: ROM_ENEMOInterimreportJune.pdf