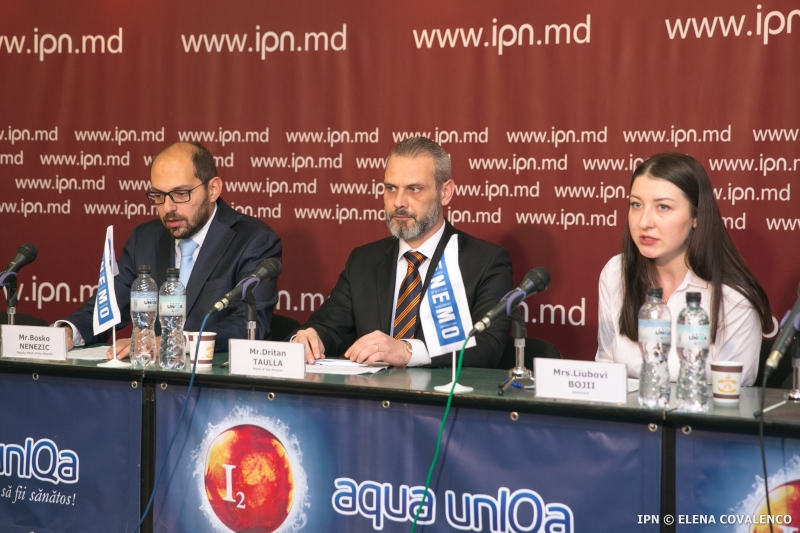 Chisinau, February 4 -The conduct of election management bodies during the electoral period in Moldova can be characterized as professional and transparent, yet the work of CoECs was considered to be too strict by a number of candidates, resulting with a relatively high number of invalidated signatures, even fir minor technical mistakes.

This was concluded  in Interim report presented on the press conference of ENEMO International election observation Mission (IEOM) in Moldova.

The Head of the Mission, Dritan Taulla, said that the performance of the Central Election Commission has been professional in the observed aspects.

“The sessions of the CEC are transparent, open to media and observers, as well to the public through online streaming.  ENEMO commends the legal amendments regarding the process of signature collection, such as elimination of a number of unnecessary bureaucratic procedures and lowering the number of needed signatures, in line with previous recommendations made by the Venice Commission, ENEMO and OSCE/ODIHR”, said Taulla.

The Deputy Head of the Mission, Bosko Nenezic, explained that a number of interlocutors of the EOM have raised concerns that some of the newly introduced amendments to the legal framework might cause difficulties for contestants and voters to properly understand new procedures and, more importantly, implications of the newly introduced system.

“ENEMO uses this opportunity to condemn all attacks against election contestants and candidates, as well as any other attempt to prevent electoral and relevant non-electoral stakeholders to organize, participate, monitor, or report on the  electoral process”, said Taulla.

In addition, as he said, ENEMO urges all relevant state authorities to do all in their power to prevent such cases and act swiftly to investigate and bring eventual perpetrators to justice, so that the right of every contestant to campaign freely is ensured.

“The next report will be mainly focused on the electoral campaign, voter lists, preparations for Election Day, eventual complaints and appeals, as well as other aspects”, said Nenezic.

Following an invitation of the Central Election Commission of Moldova, ENEMO has deployed an International Election Observation Mission to observe the 2019 Parliamentary Elections, scheduled to be held on 24 February. The Mission is composed of a Core Team of eight international experts, based in Chisinau, and ten long-term observers, deployed in five multinational teams of two, throughout the country.

The Core Team has been established since the beginning of the election period, and the long-term observers have been deployed on 10 January 2019. The EOM is assessing the electoral process for compatibility with international benchmarks and standards for democratic elections, and the legal framework of the Republic of Moldova. ENEMO will not engage additional short-term observers on Election Day. However, at least seven teams of observers, in teams of two, will be formed from the current members of the EOM to monitor the voting, vote counting and tabulation of results in a number of polling stations.

The EOM of ENEMO for the 2019 Parliamentary Elections in Moldova is financially supported by: the Embassy of the Kingdom of the Netherlands; Sweden; the National Endowment Foundation of US Congress, through the National Democratic Institute; and the European Union.

Full interim reports in English and Romanian can be downloaded below: