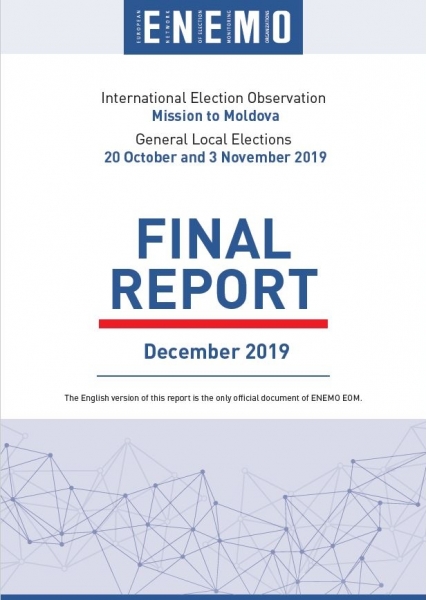 ENEMO (the European Network of Election Monitoring Organizations) International Election Observation Mission (IEOM) has published a final report on the observation of the General Local Elections in the Republic of Moldova held on 20 October (first round) and 3 November (second round) 2019.

ENEMO IEOM to Moldova was composed of 5 Core Team members based in Chisinau, as well as 8 long-term observers (LTO), who were deployed throughout Moldova, paired in teams of 2 persons, who observed the pre-electoral period, Election Day, and post-election periods.

ENEMO’s international observation mission for the 20 October 2019 General Local Elections in Moldova was financially supported by the European Union, Sweden and the Embassy of the Netherlands. The content of the document is the sole responsibility of ENEMO and does not necessarily represent the position of the donors.

The Final report can be downloaded on the following links: