ENEMO assesses that the mayoral run-off elections were conducted in an overall efficient manner, mostly in line with Moldovan legislation and international standards 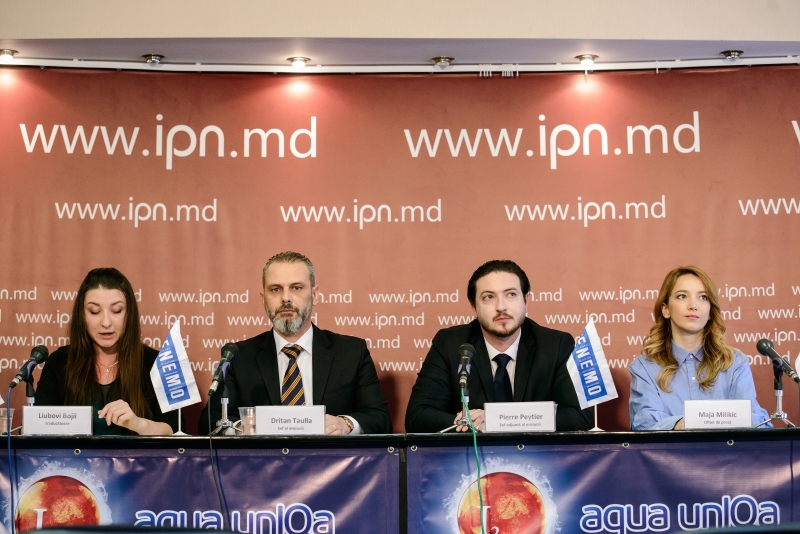 Chisinau, 05 November, 2019 - The European Network of Election Monitoring Organizations (ENEMO) preliminarily assesses that the second round for mayoral run-off elections was conducted in an overall efficient manner, mostly in line with Moldovan legislation and international standards.

This was stated at the press conference held at the News Agency IPN where ENEMO presented its preliminary statement.

Mr. Dritan Taulla, Head of ENEMO Mission to Moldova said: “Lack of clear legal provisions for the second round and late regulations left a significant amount of uncertainties in the electoral process, and minor irregularities were observed on election day. However, none of the above seemed to negatively affect the legitimacy of the process or the results”.

ENEMO assesses that the lack of clarity in provisions leaves space for subjective and/or incoherent interpretation of the law by EMBs.

“The legal framework provides conditions for holding democratic elections, as the conduct of the first round of elections has already demonstrated. However, the Electoral Code does not clearly regulate several aspects of the second round. Although the CEC undertook steps to regulate some of these aspects, some of them remained unregulated”, explained Mr. Taulla.

The CEC worked in a collegial manner, held regular public sessions and its decisions were overall published on its website in a timely manner, in line with the law.

„The Commission operated in accordance with its mandate, and its performance during the period between the first and second rounds was mostly efficient and overall transparent. However, ENEMO notes that some key election data were not readily available”, added Mr. Taulla.

Despite the campaign unfolding in an overall free environment, concerns should be raised regarding multiple instances of “black PR” and negative campaigning targeted at candidates, especially on social media, in the form of hate speech, discreditation, and ad hominem verbal attacks, which sharply increased in the second round.

„In spite of the attempts by the government to limit misuse of administrative resources, ENEMO notes the involvement of high state officials and MPs openly supporting mayoral candidates from their respective parties in the second round, during campaign events or on their social media pages. Although no explicit provisions regarding the above are contained in the Electoral Code, concerns should be raised regarding the blurring of line between the state and party, which is at odds with international standards and creates an unlevel playing field”, stated Mr. Pierre Peytier, Deputy Head of Mission.

Furthermore, ENEMO notes that timeframes or adjudicating complaints challenging the results of the first round overlap with the two weeks timeframe between the two rounds, which might present an obstacle to the right to appeal, at odds with international standards.

Additionally, Mr. Peytier said: „Election Day was, overall, calm and peaceful. The management of the polling process and conduct of PECs was assessed positively in the majority of observed polling stations, despite isolated cases of campaigning in the vicinity of polling stations, a few malfunctions in SAIS-E, instances of violations of the secrecy of the vote, lack of transparency at a few polling stations and DECs observed, and other minor incidents not affecting the overall legitimacy of the process or results”.

Ms. Maja Milikic, Press Officer of ENEMO Mission stated: “This statement is based on ENEMO mission observations and findings during the pre-election period, period between two rounds and on election day. ENEMO stresses that this statement is preliminary in nature, as the official results are yet to be announced and submitted complaints are still to be addressed. ENEMO will issue the final report in December”.

ENEMO’s international observation mission for the 20 October 2019 General Local Elections in Moldova is financially supported by the European Union, Sweden and the Embassy of the Netherlands. The content of the document is the sole responsibility of ENEMO and does not necessarily represent the position of the donors.

Press release in Romanian can be dowloaded HERE