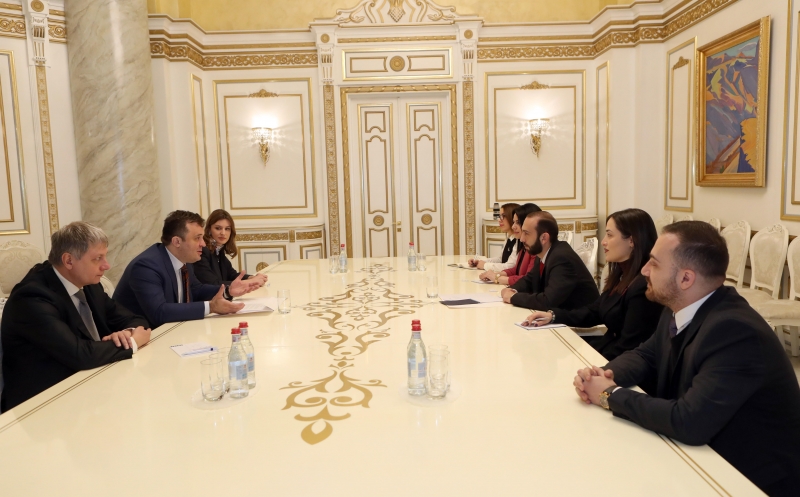 Yerevan December 4, 2018 – The Head of the Mission, Mr. Zlatko Vujovic, stated that for the previous elections ENEMO election observation mission was rejected by the Republic of Armenia and he welcomed the decision for invitation of ENEMO observation mission for the early parliamentary elections on December 9. He also underlined that, unlike previous parliamentary elections, the institutions involved in electoral processes, in particular the Central Electoral Commission, with the same composition and acting under the same legislative regulations, demonstrate activities in more open, independent and transparent way. ENEMO Mission assessed the process of the campaign as calm and peaceful.

First Deputy Prime Minister Ararat Mirzoyan confirmed that the Armenian authorities have a strong will to prevent both the election bribe and other electoral violations. At the same time, Ararat Mirzoyan emphasized that the focus of the competent authorities should be to exclude the possible manifestations of past disgraceful practices on the spot.

ENEMO delegates and the First Deputy Prime Minister spoke about the changes made by the Government in the Electoral Code aimed to ensure equal conditions for more democratic and electoral contestants as well as guarantee of the political pluralism.