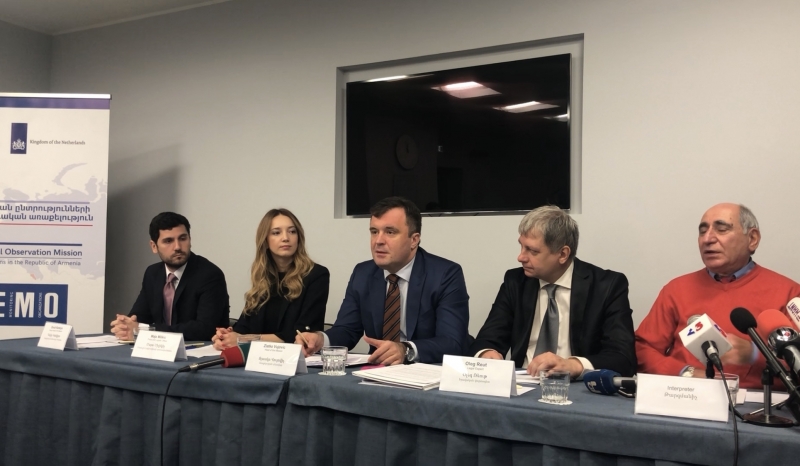 Mr. Zlatko Vujovic, Head of the Mission presented key conclusion of ENEMO Interim report “First part of the electoral campaign was calm and peaceful despite the fact it contained cases of hate speech which must not remain unchallenged. There is a significant improvement in prevention of state resources’ misuse comparing to previous electoral processes but also with regard to performance of electoral administration”.

Mr. Vujovic also expressed ENEMO EOM concerns with regard to the online dissemination of fabricated pieces of information concerning campaigns and absence of legislative initiatives aimed at enhancing disclosure of online advertisements, as well as with regard to some domestic observer’s groups whose alleged connection to one of the competing parties threatens the impartiality and effectiveness of the observation.

ENEMO EOM sees CEC performance during the reported period as professional and efficient. Mr. Zlatko Vujovic, Head of the Mission said: “ENEMO EOM has noticed that sessions of CEC are lacking the debate. There is a high level of transparency in the work of CEC. Sessions are broadcasted live on their web page. CEC’s web page is regularly updated. It is unclear why CEC refused to provide ENEMO EOM with the number of international observers per organization, same as they did for domestic ones.”

Ms. Maja Milikic, Press and Logistic Officer the ENEMO Mission to Armenia stated: “This is the first observation mission of ENEMO in Armenia. ENEMO launched its activities at the beginning of November and the observation mission will stay in Armenia for close to six weeks after the elections. On election day, 60 ENEMO observers plan to observe up to 450 polling stations, which represents about up to 22% of all polling stations in Armenia, and observe opening, voting and counting procedures as well as the transfer of protocols.”

The interim report is based on the ENEMO observers’ findings from the field, where they focused on the work of election administration bodies, registered political parties and candidates, conduct of the election campaigns, election-related complaints and appeals and other election related activities.

ENEMO’s International Observation Mission to Armenia 2018 is funded by the European Union and Kingdom of the Netherlands.